Since you ALL know I love working with other people's scraps, you'll also know I'm ecstatic to finally have an idea for this group of fabrics. I refer to them as WWJW, what would June (Cleaver) wear?- because they remind me of 1960 shirtdress fabrics, and can't you just hear Eddie Haskell telling Mrs. Cleaver the blue in her dress matches her eyes?
Now that we've officially established the fact that I'm older than dirt, just like these fabrics, stay tuned to see what I plan on doing with them. There will be hexagons, and this will be the second of my "Faux Moderne" quilts. 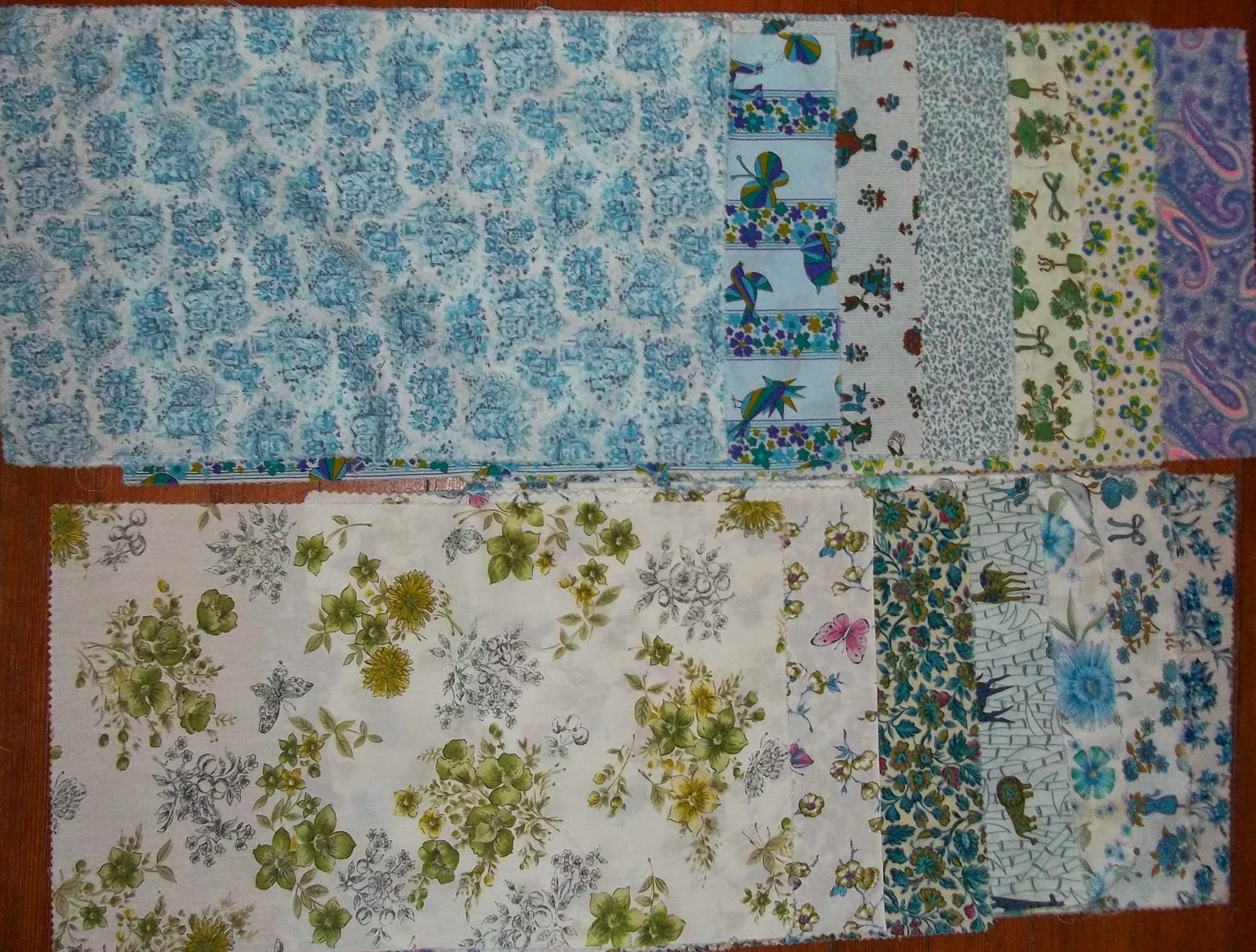 These are actually fewer than half the fabrics in the original batch I won several years ago from my guild's Ways and Means. The pieces are pinked around the edges, and all measure 11" x 17". I suspect they may have been fabric samples, possibly from an area textile mill.
I sorted the fabrics into three batches, cool colors (above), warm colors, and oddball pieces. The oddballs went into my scrap bin, but the warm colors were quickly pieced into the Strip Twist lap quilt pictured below, a great free pattern from Bonnie Hunter. I was one piece short of being able to have enough pieces for the last block, so I improvised with the appliquéd center. The green borders were another vintage Ways and Means treasure. I've been hand quilting this on and off for a few years in an allover (and what was I thinking???) Baptist fan pattern. Bonnie saw the unfinished quilt top when she visited my guild; I WILL have it done before she comes back next year! 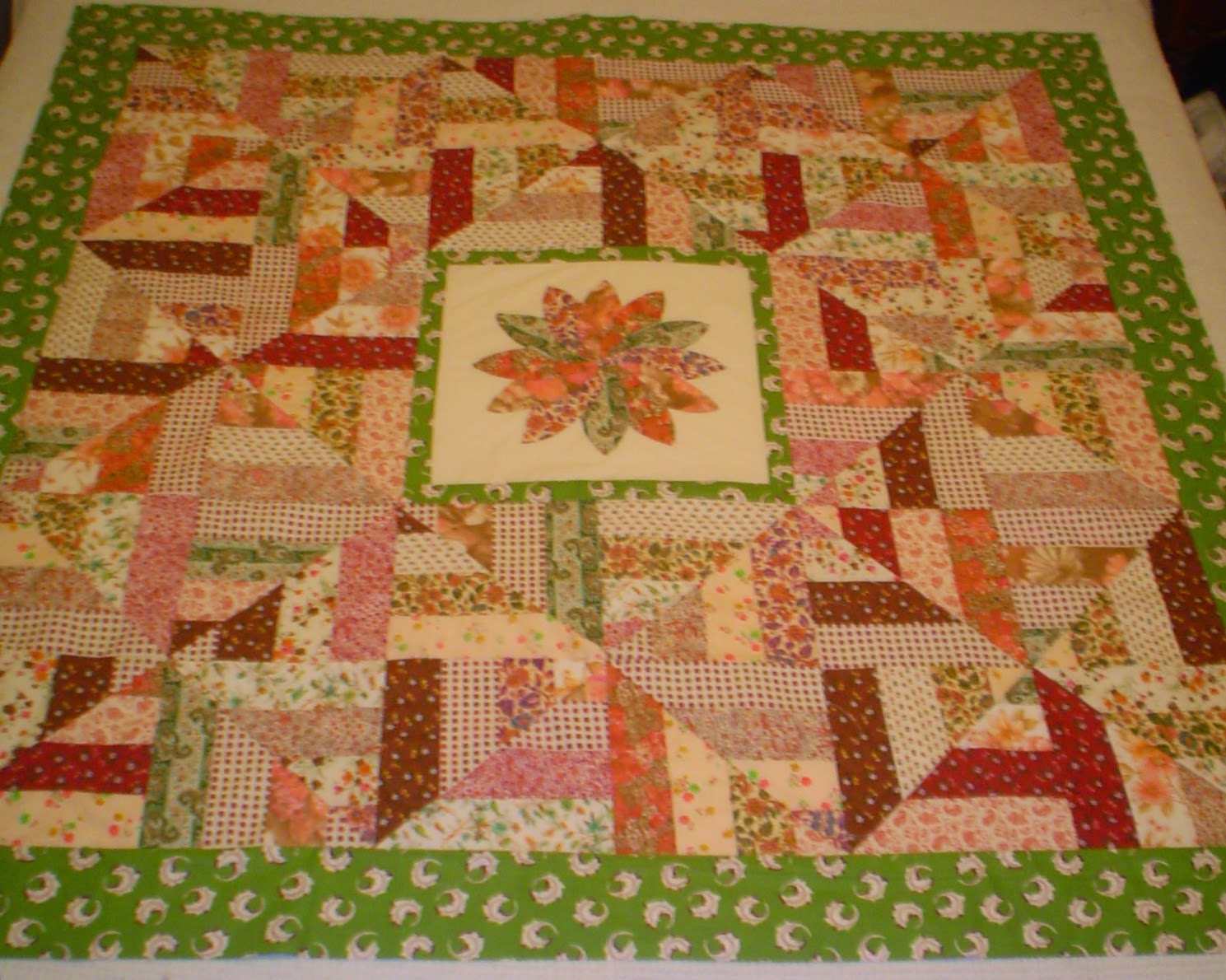 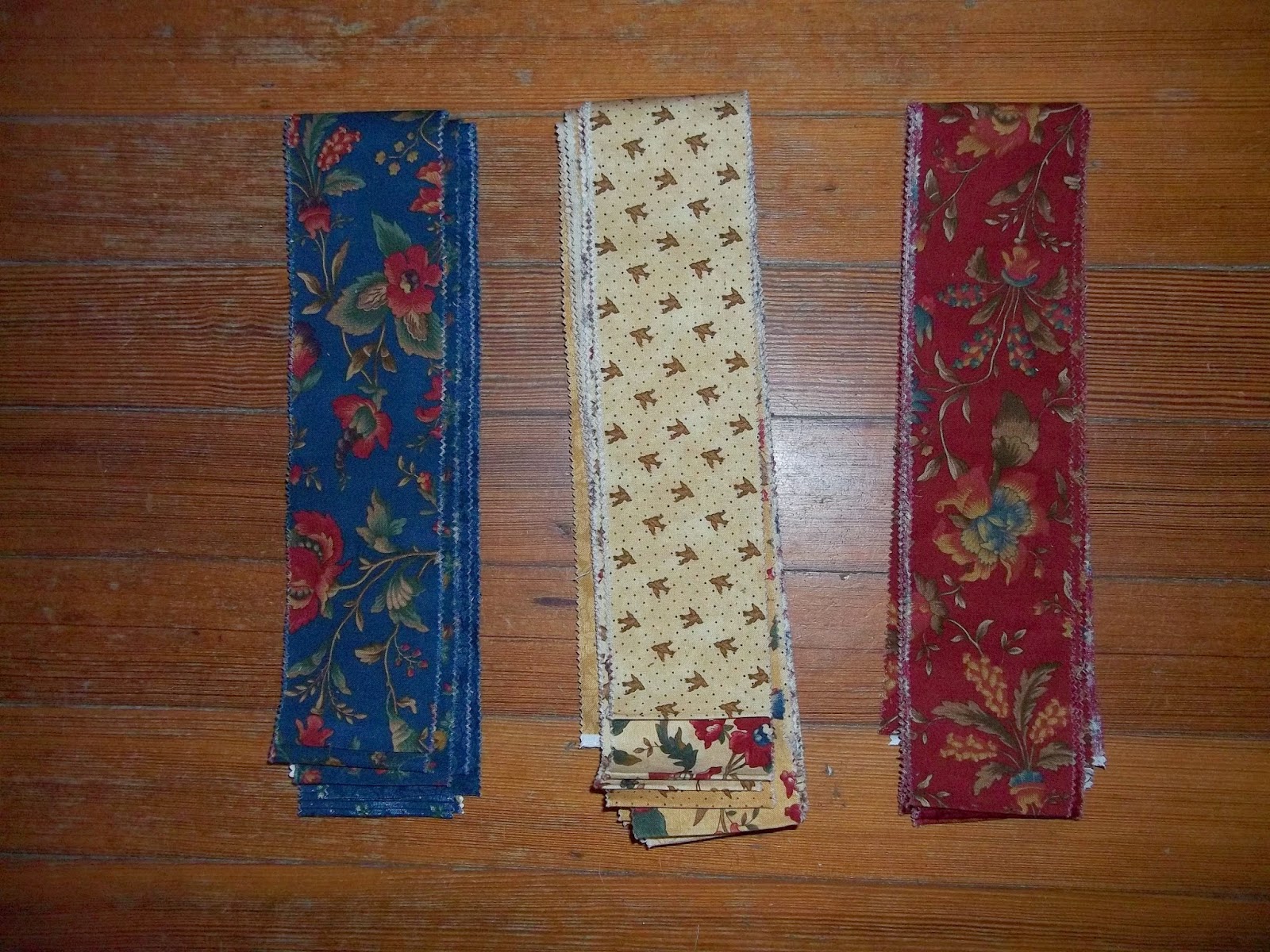 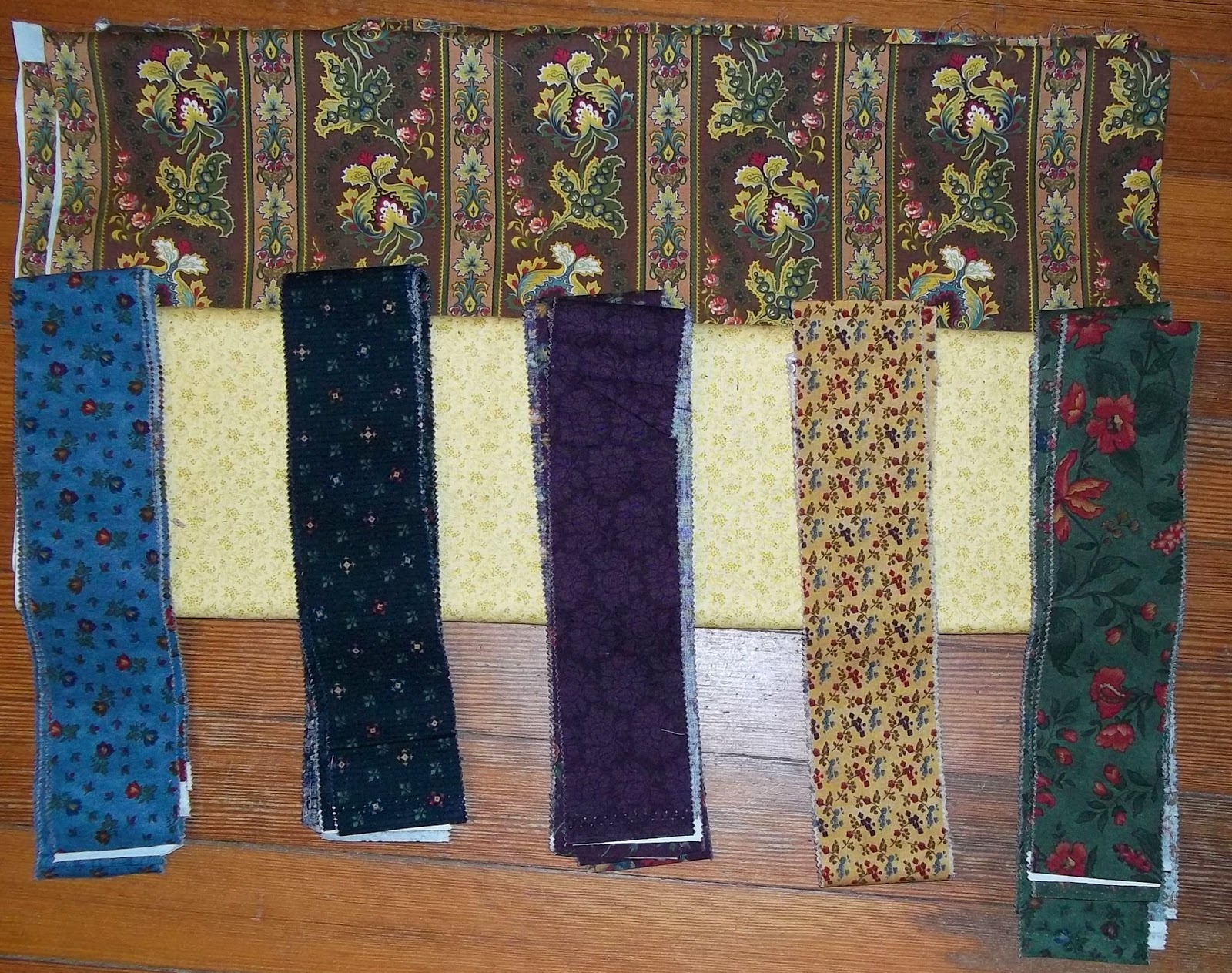 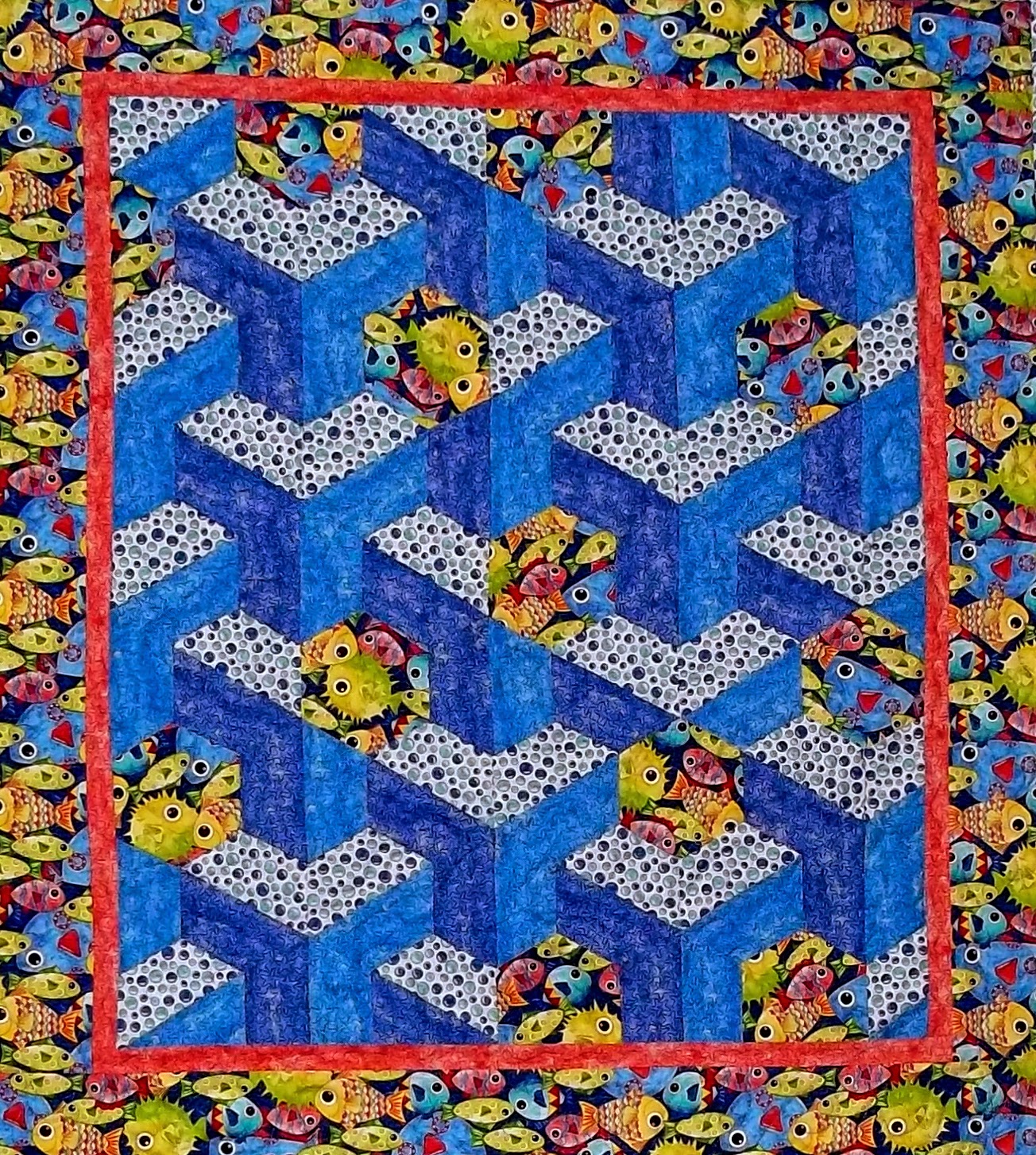 
Posted by Barbara Chojnacki at 6:50 AM No comments: